Indeed, fishing at Latham Island off the coast of Tanzania has got to be one of the ultimate fishing experiences on offer to any angler! Join us onboard our fully rigged big game fishing live aboard yachts for your deep sea fishing adventure of a life time!

Latham island has several local names in addition to Fungu Kizimkazi, the most notable of which are Fungu la Mbarak. After the Arab who had the right to collect wreckage there in the reign of Seyid Barghash who was the Sultan of Zanzibar. Furthermore, the island was featured on an early sixteenth century Portuguese map. Presently, it derives its present name from the East Indian man Latham who rediscovered it in 1758.

In short, Latham Island is a flat coral island located 60 km southeast of Unguja and 66 km east of Dar es Salaam. Specifically, it is roughly 300 meters long and 300 meters wide, and has an area of 0.03 square kilometers. Furthermore the island is surrounded by a fringing reef and is oceanic. In fact, oceanic as it lies off the continental shelf and is surrounded by deep water.

In Particular, the island is an important breeding ground for various sea bird species. For instance, the masked booby, greater crested tern, sooty tern and the brown noddy. Another key point, is that the Island is also thought to be of importance for nesting turtles.

Undoubtedly, of all the fishing destinations here in East Africa, Latham Island holds dear to many anglers. Markedly, for one incredible species of fish, The Giant Dogtooth Tuna! Subsequently, this island has produced some World Record size Dogtooth Tuna over the past few years. Hence, it is no wonder that anglers around the world dream of getting the opportunity to fish this fantastic oceanic island!

Furthermore, the Island and surrounds also produces some good Broadbill Swordfishing. Also, known in Latin as “The Gladiator of the Sea”, the Swordfish will test your skills as an angler and will put up a tremendous fight. Specifically, we target Swordfish by trolling rigged “natural deadbeats” with light sticks or by drifting.

We fish Latham during the calmer months of October through to mid December. Furthermore, from late February through to the end of April.

Species of fish you can expect to catch at Latham Island include:

Additionally, lesser Game Fish Species you can expect to catch at Latham include:

And lastly, Latham Island also has a good population of Shark species. These include: 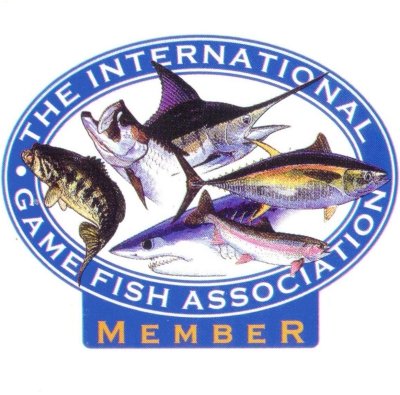 Read about Angus and his bull Dorado here! 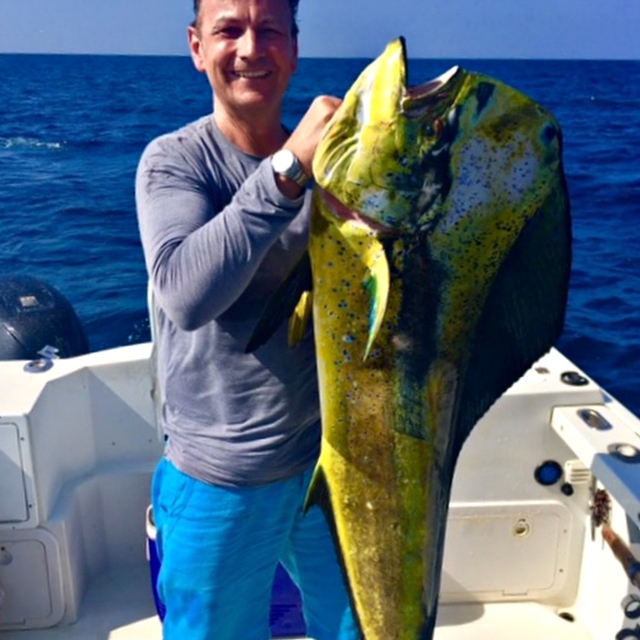 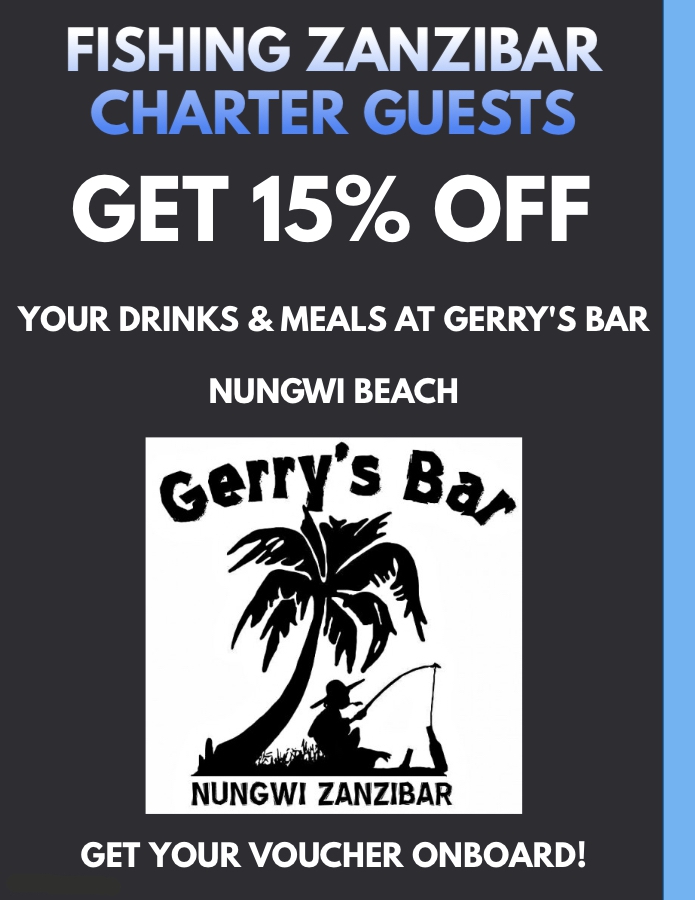 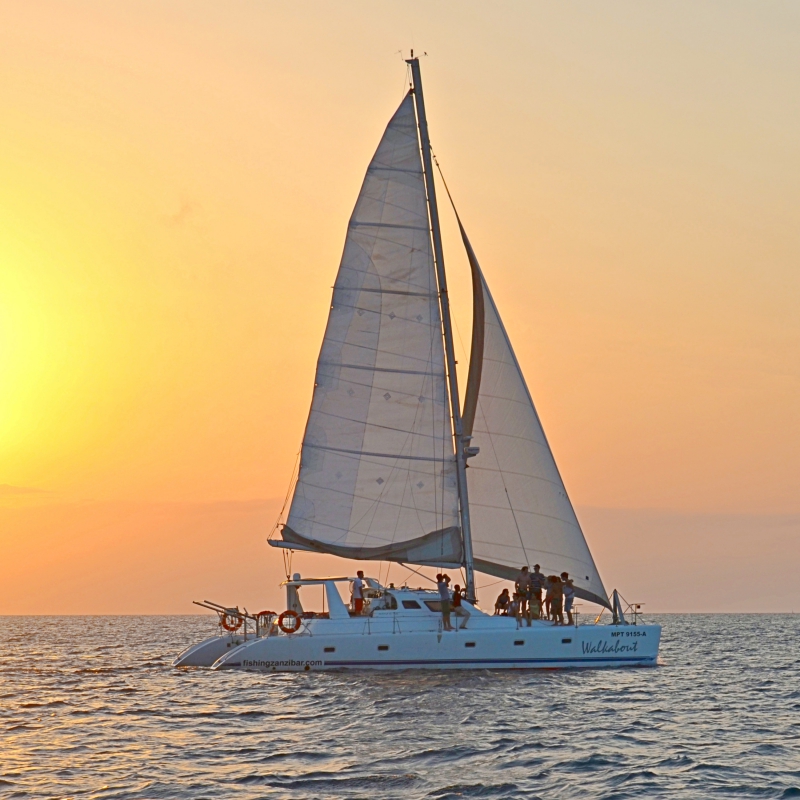 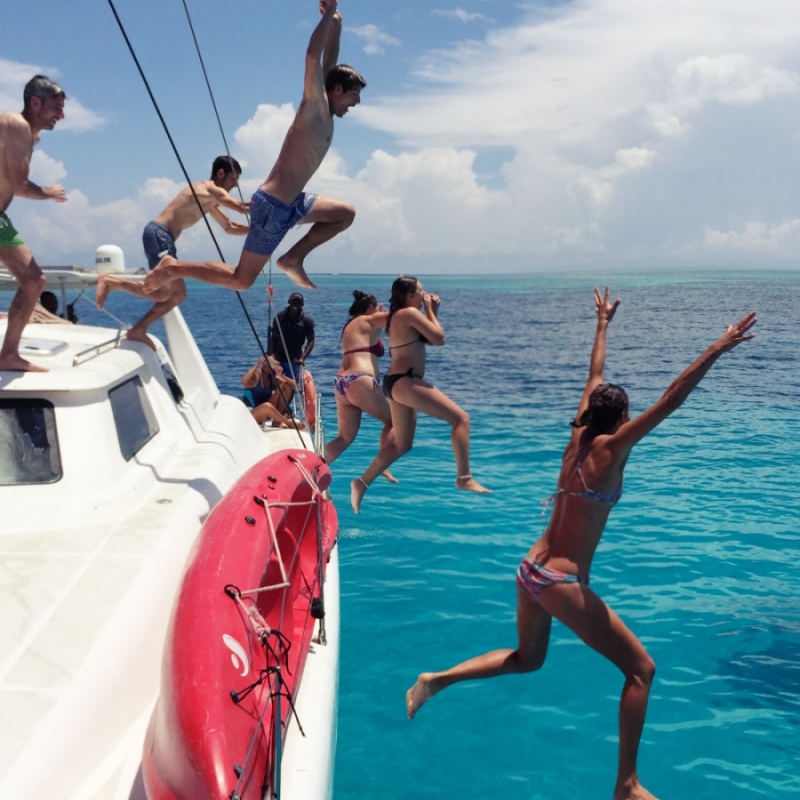 There’s nothing like Cruising the Indian Ocean Islands of East Africa on a Spectacular Live Aboard Yacht Safari! Swimming, Snorkelling, Kayaking, Kite Surfing, Scuba Diving, Big Game Fishing or Chilling Out & Relaxing to the Max! Located on Nungwi Beach, Join Us onboard Today!

There’s something magical about Gerry's Bar. With a cocktail in your hand and your toes in the sand, enjoy good vibes, fantastic food and spectacular Sunsets! Featuring guest DJ's and Live Music! Located on Nungwi Beach, Zanzibar! Karibuni Sana!